Traditionally Cider is made of Apples. But the Group of Cider is not limited to Apples solely. There is Plum Cider (Jerkum), Pear Cider (Perry) and Quince Cider (Querry) and lots of cider blends – apples/raspberries, apples/passionfruit and so on. But Cider can also be made of 100% fruitwine without apples – it’s just sparkling low-end fruitwine. 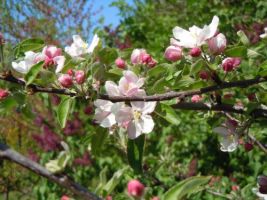 Cider Apples are more adstringent and sour than table fruit. But Cider is also made of sweet table apples or from concentrate alone (big companies, brands). In the US they call alcoholic cider hard cider. In Germany they call it Äpplewoi and in Austria Most or Apfelwein, in France Cidre and in Spain Sidra. 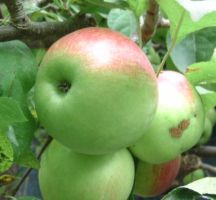 Most Ciders are blends: here is a short example

to name a few. But Ciders of only one kind of variety are also common. Ever tried Granny Smith Cider? 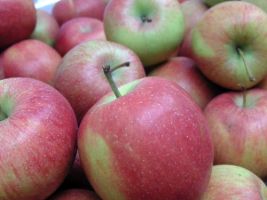 Hard (Apple) Cider is apple wine, fermented apple juice. Apple wine is fruitwine between 1,2%Vol. and 8,0%Vol. The residual sugar can be between 0 and up to 100g/l RS. Most ciders are around 5%Vol. and low to medium RS and can be compared to beer. Apple wine is a very traditional drink made throughout Europe and USA.

Charles the Great established cider. It was cheaper to produce than wine for nobles. In GB Cider Apples were easier to produce than wine because grapes didn’t grew very well in the harsh climate. Later the settlers brought their apple trees/seeds to America and planted them on their way through the continent. Johnny Appleseed was the well known figure that is connected with Apple and Cider Production in the early ages of the New World.

Apple trees needed time to grow and fruit and could only be used locally. But Apple wine was very easy to produce for the settlers compared to spirits (distill), wine (grapes) and beer (hops). Later beer became more popular because grain/malt could be shipped through the country by train and could be produced whole year round.

How is it made?

Apples need to be grinded and pressed to collect the juice. The juice is then fermented to wine. There are a lot of wild yeasts on the apples like the well known Apiculatus Yeast which start fermentation immediately.

So the apple wine was very easy to make for the settlers without much knowledge and additives. Could be drunk fresh off the press or later while alcoholic or very later when the alcohol turned to apple vinegar. Very versatile.

Fermented beverages were safe to use instead of river water and vinegar could also be used as an antiseptic agent.

Apple Jack – means apple cider jacked up by freeze distillation; like Ice bock is made; if you repeat the process a  few times you can reach up to 30%Vol. Often Apple Jack is now made by mixing apple wine with brandy because freeze distillation also increases the toxic methanol content.

In France they know Apple Port wine – they call it Pommeau

Ice Cider – is made in Canada; concentrated apple juice by cryoconcentration or pressed frozen apples by cryoextraction and making of ice wine

Want to know more? Read my Series „With Hindberry Fruchtwein around the World“

There are very different sources for alcoholic beverages

Short overview about my blog posts

The history of alcohol